JOSE CORNEJO and CARLOS CORNEJO on behalf of themselves and others similarly situated, Plaintiffs,

EDEN PALACE INC.; PALACE OF EDEN INC.; Emmanuel Roth; JEFF ROSENBAUM; and any other related entities, including those doing business as EDEN PALACE,

To: All individuals who were employed by Defendants as servers, attendants, bussers, bartenders, food runners, captains and any related service positions at Defendants’ catered events at the facility commonly known as Eden Palace from Oct. 1, 2009 to Sept. 17, 2015. The putative class does not include maintenance workers, corporate officers, salespersons, cooks, food preparers, chefs, dishwashers, valet drivers, directors, clerical office workers, and/or any other person employed by defendants whose trade, classification or profession does not customarily receive gratuities.

• This notice has been authorized by the Honorable Edgar G. Walker, J.S.C. and may affect your legal rights. This is not a solicitation from a lawyer.

• Plaintiffs Jose Cornejo and Carlos Cornejo (“Plaintiffs”) performed work as servers at the facility commonly known as the Eden Palace, and have brought this lawsuit on behalf of themselves and other current and former servers to seek payment of alleged unpaid gratuities under New York Labor Law.

• Defendants deny any wrongdoing and/or liability.

• Receipt of this notice does not indicate that you are entitled to receive any monetary recovery. No determination has been made by the Court that you are owed any unpaid gratuities and the Court is not endorsing the merits of this lawsuit or the defenses.

The purpose of this notice is to inform you of the existence of this lawsuit, and to advise you of how your rights may be affected by this lawsuit.

A class action is a lawsuit where one or more persons sue not only for themselves, but also for other people who have similar claims. These other people are known as Class Members. In a class action, one court resolves the issues for all Class Members, except for those who exclude themselves from the Class. The Hon. Edgar G. Walker, J.S.C., New York State Supreme Court, Kings County, is presiding over this class action.

3. How do i join this lawsuit?

If you performed work at the Eden Palace as a server, attendant, busser, bartender, food runner, captain or any related service positions at Defendants’ catered events at the facility commonly known as Eden Palace from October 1, 2009 to Sept. 17, 2015 you are a member of the Class, and do not need to do anything to join this lawsuit. It is suggested that you speak with a representative of Leeds Brown Law, P.C., the attorneys appointed as Class Counsel. Leeds Brown Law is located at One Old Country Road, Suite 347, Carle Place, New York, 11514, www.leedsbrownlaw.com or (516) 873-9550. You have the right to consult with an attorney of your own choosing at your own expense and to initiate your own action if you do not wish to participate in this class action lawsuit. The attorneys working on the case are Brett R. Cohen, Michael A. Tompkins, Suzanne Leeds Klein, and Jeffrey K. Brown. You can also email them at bcohen@leedsbrownlaw.com, mtompkins@leedsbrownlaw.com, sleeds@leedsbrownlaw.com or jbrown@leedsbrownlaw.com. If you performed work at Eden Palace performing maintenance work, were a corporate officer, salesperson, cook, food preparer, chef, dishwasher, valet driver, director, clerical office worker, or any other person employed by Defendants whose trade, classification or profession does not customarily receive gratuities., then you are not part of the class.

You are still eligible to be a member of this class action even if you worked for the Eden Palace on behalf of Roger Baisden and RB Waiter Services, LLC.

4. How do I exclude myself from this lawsuit?

If you wish to opt-out and be excluded from the Class, then you must take steps to exclude yourself from this case.

If you intend to exclude yourself, you must mail a written, signed statement to Class Counsel by mail or facsimile sent to Michael A. Tompkins, Esq., of Leeds Brown Law, P.C., One Old Country Road, Suite 347, Carle Place, New York, 11514, or fax (516) 747-5024. If you decide to exclude yourself from this lawsuit, you may not be eligible to receive any benefits in the event that a settlement or judgment is obtained.

5. If I don’t exclude myself from this lawsuit, can I sue Defendants for the same thing later?

If you do not exclude yourself from this lawsuit, you give up any rights to sue Defendants for the New York Labor Law claims brought in this case or which could have been brought in this case, or in the future in the event there is a change in existing law. However, if you exclude yourself from this lawsuit, you have the right to bring a similar lawsuit on your own behalf.

The law firm of Leeds Brown Law, P.C., One Old Country Road, Suite 347, Carle Place, New York 11514 has been designated as legal counsel to represent you and the other Class Members. These lawyers are called Class Counsel.

7. Can the Defendants fire me or otherwise retaliate against me for joining this lawsuit?

No. New York law prohibits Defendants from retaliating against you because you are a class member in this lawsuit.

8. What if I still have a question?

If you have any questions about this lawsuit, or would like further information about this notice, you can contact Class Counsel, Michael A. Tompkins, Brett R. Cohen, or Suzanne Leeds Klein of Leeds Brown Law, P.C. at (516) 873-9550.

You have a right to participate in this action even if you are an undocumented alien or if you were paid in cash.

PLEASE DO NOT CONTACT THE COURT WITH QUESTIONS INVOLVING THIS LAWSUIT 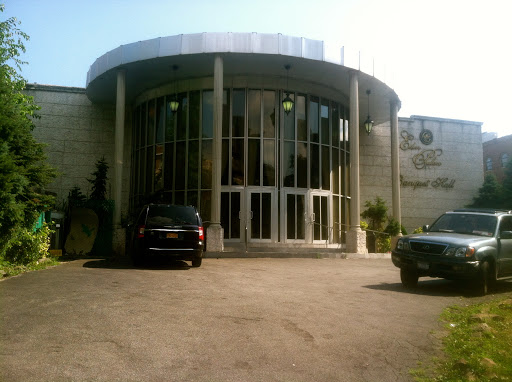 Please fill out the form below to receive a free consultation, we will respond to
your inquiry within 24-hours guaranteed.

The information you obtain at this website is not, nor is it intended to be, legal advice. You should consult an attorney for advice regarding your individual situation. We invite you to contact us and welcome your calls or communications. However, contacting us does not create an attorney-client relationship. Please do not send any confidential information to us unless and until an attorney-client relationship has been established via a signed, written, retainer agreement. This website contains articles and commentary regarding certain jury verdicts. However, a jury verdict often does not reflect the actual amount that a plaintiff receives. Judges often reduce jury awards. Sometimes Judges add attorneys’ fees and other damages to awards. As a result, final awards or settlements are often for different amounts than the amount awarded by the jury. Many of the jury awards discussed on the website, ended up being dramatically reduced. The depictions on the website that portray lawyers/clients are models and are not the actual lawyers/clients of the firm. The scenes depicted on this website are fictionalized. Some of the content herein is attorney advertising. Prior results do not guarantee similar outcomes.

@ 2022 All Rights Reserved | Privacy Policy/Terms of Use | Powered by: Chairman Social Corp