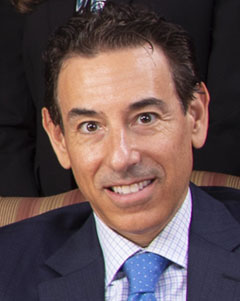 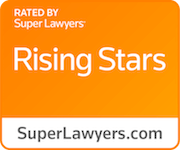 Rick Ostrove is principal trial counsel for Leeds Brown Law, P.C. Rick has won numerous jury verdicts including a $15M verdict in a sexual harassment case, one of the largest jury awards to an individual plaintiff in an employment discrimination case. During the same year, he obtained a $5.25M award in a workplace retaliation claim. He has won two other trials with verdicts exceeding $1M as well as numerous other civil rights trials. On three occasions, Rick has appeared in Verdict Search’s publication Top New York Verdicts.

Rick was recognized by the Labor and Employment Law Committee of the Nassau County Bar Association for having “the highest level of character, integrity, professional expertise and leadership in the field of labor and employment law.” For each of the past six years, Rick has been selected to the New York “Super Lawyers” list, as published with the New York Times Magazine. No more than five percent of the lawyers in the state are selected by the research team at Super Lawyers to receive this honor.

After winning a First Amendment trial, United States District Court Judge Joseph F. Bianco published a decision describing Rick as “an experienced lawyer, with almost two decades of experience in employment litigation and extensive trial experience.” Judge Bianco awarded Rick’s client attorneys’ fees “at the high end of the range” based upon the Judge’s “own observations of Ostrove’s abilities over the course of this litigation. In particular, Ostrove’s performance.” The Judge cited a case stating that such rates “are reserved for expert trial attorneys with extensive experience before the federal bar, who specialize in the practice of civil rights law and are recognized by their peers as leaders and experts in their fields.”

United States District Judge Arthur D. Spatt commented that “Mr. Ostrove is one of the premiere trial lawyers in the field [of employment law] and has tried many cases before me. Mr. Ostrove is outstanding.” Similarly, United States District Judge Joanna Seybert, described Rick as having a “marvelous way with juries” and achieving “fantastic results.”

Although his primary practice areas are employment and civil rights law, Rick has extensive experience handling complex litigation, including commercial, estate, and matrimonial litigations. As lead trial counsel in a federal Unfair Competition case, he managed more than a dozen lawyers from four separate law firms; the action involved over fifty deposed witnesses and approximately twenty expert reports. After closing statements, United States District Judge Leonard D. Wexler described the trial performance as “fantastic,” “superb,” and “excellent”. Judge Wexler added in his published post-trial decision, “[t]his case was highly contested and well tried by all counsel. Indeed, the court is hard pressed to recall a trial in which the claims of the parties was so competently and clearly presented by counsel to a jury.”

Rick was lead trial counsel in Quinn v. Nassau County, the first case where a court held that workplace harassment of a municipal employee based on sexual orientation violates the 14th Amendment to the U.S. Constitution. In a separate case, Manning v. Nassau County, he used this theory to obtain a $1.5M emotional damage verdict.

Rick frequently appears as a speaker on issues involving civil rights. He has appeared on The O’Reilly Factor, Court TV, and other media outlets. One of his trial victories that garnered national attention was featured on ABC’s 20/20. He has lectured about employment law and trial advocacy nearly 50 times including at continuing legal education classes hosted by the New York City, Nassau County, and the Suffolk County Bar Associations.

Rick is the former Chairperson of the Nassau County Bar Association’s Labor and Employment Law committee. He is admitted to practice in all State and Federal Courts in New York as well as the United States Supreme Court, and he has successfully argued numerous appeals to the Second Circuit and the New York State Appellate Division.

Please fill out the form below to receive a free consultation, we will respond to
your inquiry within 24-hours guaranteed.

The information you obtain at this website is not, nor is it intended to be, legal advice. You should consult an attorney for advice regarding your individual situation. We invite you to contact us and welcome your calls or communications. However, contacting us does not create an attorney-client relationship. Please do not send any confidential information to us unless and until an attorney-client relationship has been established via a signed, written, retainer agreement. This website contains articles and commentary regarding certain jury verdicts. However, a jury verdict often does not reflect the actual amount that a plaintiff receives. Judges often reduce jury awards. Sometimes Judges add attorneys’ fees and other damages to awards. As a result, final awards or settlements are often for different amounts than the amount awarded by the jury. Many of the jury awards discussed on the website, ended up being dramatically reduced. The depictions on the website that portray lawyers/clients are models and are not the actual lawyers/clients of the firm. The scenes depicted on this website are fictionalized. Some of the content herein is attorney advertising. Prior results do not guarantee similar outcomes.

@ 2022 All Rights Reserved | Privacy Policy/Terms of Use | Powered by: Chairman Social Corp